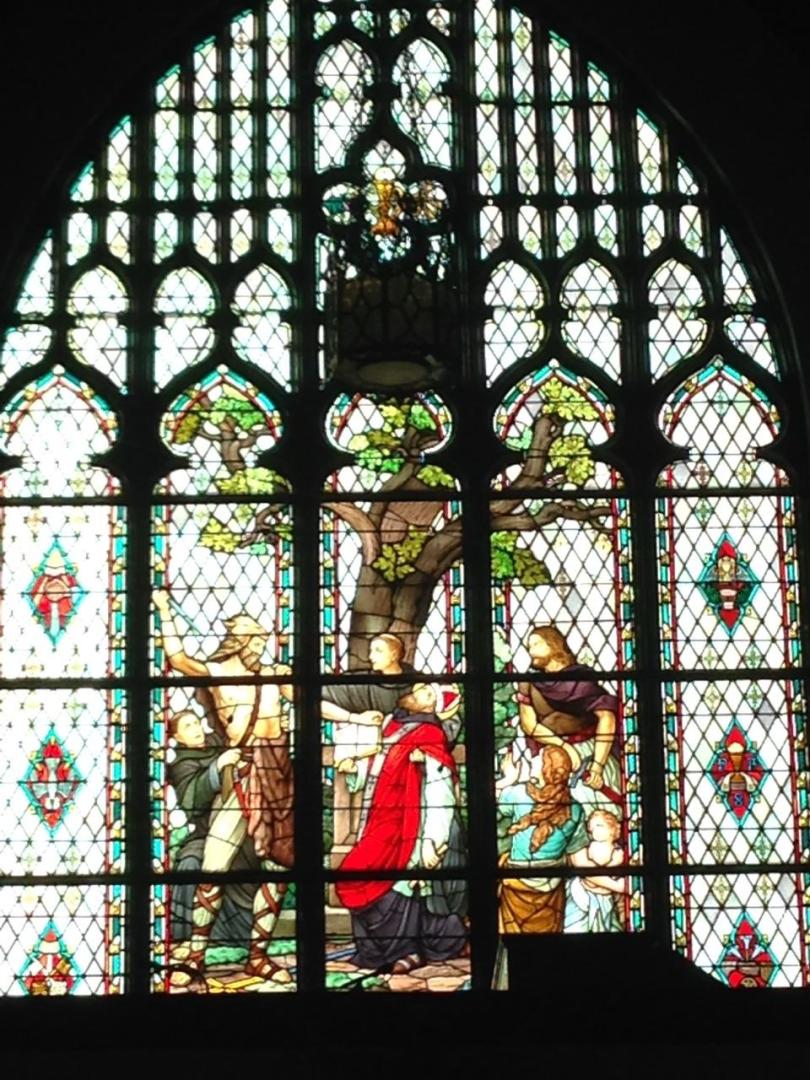 “Those who sing well, pray twice.”

Music is provided for 4:00 Saturday mass and 10:00 Sunday mass every weekend. Our cantors, and the Adult Choir  sing for most of the Masses. The guitar group, comprised of Frank Sprick and Steven and Janet Gabrey, present the music at three Masses per month. It is our hope to encourage the congregation to sing joyfully unto the Lord.

Anne was the organist at St. Agnes for 40 years before moving to Fort Smith.  She considers herself as a "facilitator" rather than a director since she have no formal training beyond music lessons growing up and her experience.  Anne believes that St. Boniface has many talented and willing singers and is always looking for more to join us.

Frank has been playing the guitar and singing at St. Boniface since the mid-1980s. He also played with the River Valley Life Teen Band for five years, sings with the St. Boniface choir and the funeral choir. Frank and his wife, Betty, have two sons, four grandsons, and three great-granddaughters (including twins) and one great-grandson. He is retired from a local printing firm and enjoys working in the garden and yard and fishing.

Janet became a member of Saint Boniface Church in 2001. Janet and Steven met in 2008 and were married at Saint Boniface on July 9, 2016.  Steven moved to Arkansas in July 2016 from Natchitoches, LA where he was a biology professor at Northwestern State University of Louisiana.  He currently works for Sylvan Learning of Fort Smith, is an adjunct biology professor at the University of Arkansas Fort Smith, and is a substitute teacher for Fort Smith Public Schools.  He is also a licensed master bird bander and is on the board of the Inland Bird Banding Association.  Janet is the Director of Finance for Fort Chaffee Redevelopment Authority.  She and Steven are avid concert-goers.  Janet serves as a lector and sings in the choir.  She and Steven joined Frank Sprick to form the guitar group in March 2017.

Lori became a member at St. Boniface Church in 2000. She joined the choir in 2003 and began serving as a cantor in 2007. She and her husband, Justin, have three daughters, Mora, Olivia and Amelia. Lori is a Doctor of Audiology at Center for Hearing, Ltd. She serves as a lector, Eucharistic minister and is PTO President of St. Boniface School.

The Adult Choir sings for Christmas Eve Midnight Mass, Holy Week, Confirmation and for 10:30 mass about once a month. The choir rehearses on Wednesdays from 7:00 to 8:00 pm in the choir loft. New members are always welcome.